Series
Biodiverse Objects
Audio Embed
A journey from 3D dioramas from the 19th century that contain taxidermy animals to today’s virtual reality reconstructions of ancient or hidden worlds.
In the first podcast in our Biodiverse Objects series, we take a close look at stunning 2D depictions of insect and plant ecosystems from the early 18th century and embark on some early 19th century time-travelling through fossils - forensic fossils that bear the marks of their ecosystems which are there for us to decode. A personal highlight is exploring miniature dramas captured in many million-year-old amber.

About Biodiverse Objects
This series of three epic (length-wise ;-)) podcasts takes a close look at some fascinating and surprising objects in the Oxford University Museum of Natural History. It is a kind of fringe-event to go hand in hand with the major redisplay happening at the Museum in 2022. Each podcast is a journey of discovery through the nooks and crannies of the Museum, talking to researchers and experts on the way.

We will seek out the rarely seen or heard-about enigmatic objects in the Museum and their stories – scientific, historical and personal. These objects can be specimens, natural objects, artefacts, tools, or even museum interna such as conservation fluids. What they all have in common is that they speak to us about ecology and biodiversity. Both terms are linked – without constantly evolving ecological relationships there is no biodiversity. Is there such a thing as “biodiverse objects”? 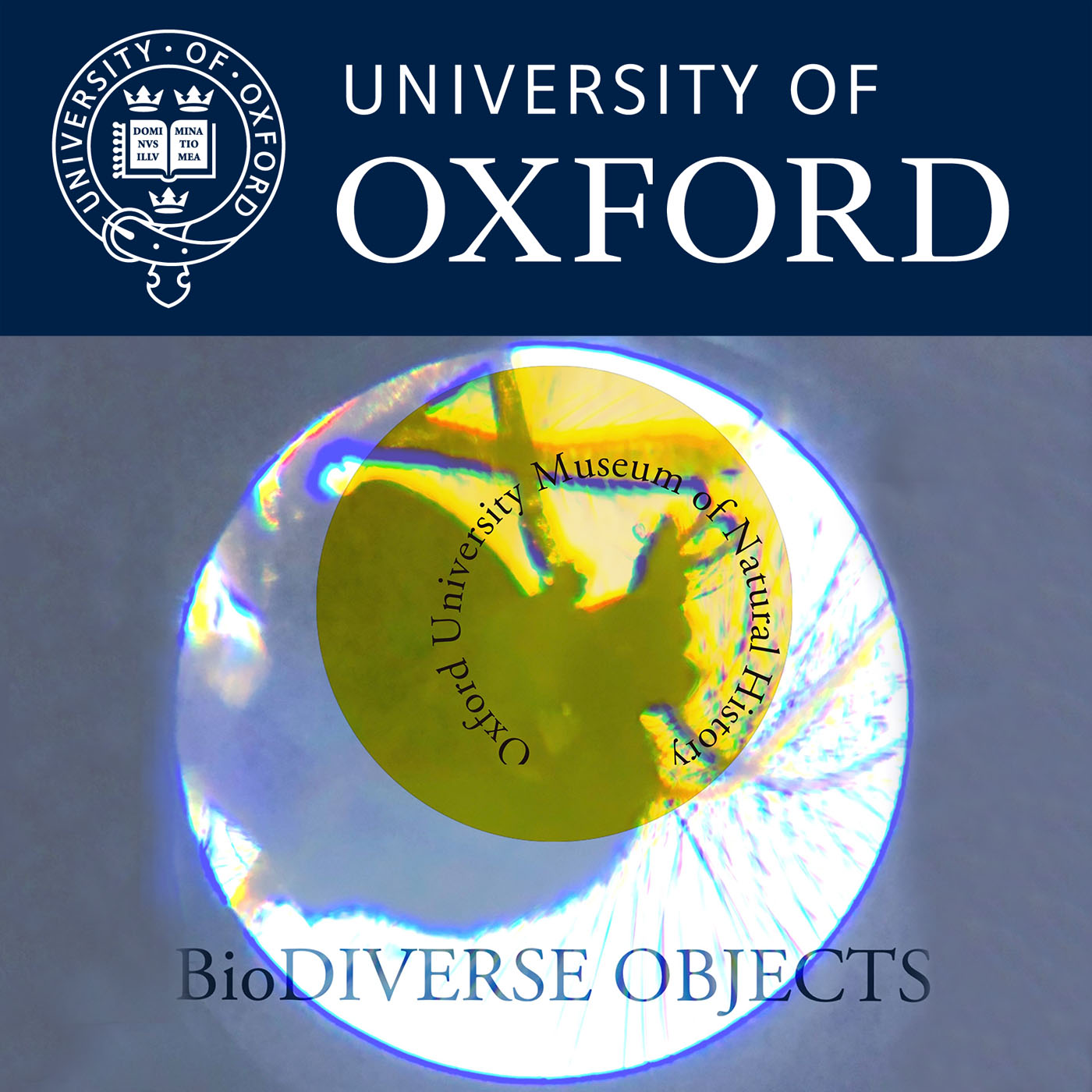 Extinction and the Museum: skeletons and other remains in our cupboards

In this podcast, we look at extinction and the role of collections and museums.
Next
Transcript Available