Series
Regional Classics
Audio Embed
We talk about what ‘Classics’ really means and its place in the 21st century; we discuss Greek vases, ‘Irish modesty’, provincial art, the Sogdians; and we highlight the particular barriers that Northern Irish students may face, and how to overcome them!
Also, we discover which literature (both modern and ancient) Sarah recommends, how many ancient languages Jenyth is studying, and whether Peter thinks Classics needs to be made more appealing!

Dr Sarah Cullinan Herring read for a BA and an MSt in Classics at Oriel College, and a DPhil at University College which she completed in 2012. She was a lecturer in Ancient Greek literature at Balliol and Trinity Colleges before moving to Winchester College where she was Head of Classics for several years, during which time she became a qualified teacher. Her research interests are in epic and Greek lyric poetry. She is currently preparing a book for publication by OUP entitled The Mirror and the Lyre: song performance and poetic authority in Greek literature.

Jenyth Evans, having never had the opportunity to study Classics or ancient languages at school, came from Northern Ireland in 2015 to study Classics for her undergraduate degree at Jesus College, Oxford. During that time, she picked up Greek, Latin and Irish, and studied the reception of Vergil in medieval Ireland for her dissertation. She enjoyed studying the medieval period so much she stayed on for a Masters in Medieval Studies at Jesus College, learning Welsh through the course and graduating in 2020. Jenyth is now studying for a doctorate at St Edmund Hall, researching pseudo-histories - that is, histories largely or wholly made up by medieval authors - which were written in medieval Ireland, England, and Wales.

Professor Peter Stewart was born and brought up in Belfast, before reading Classics at Cambridge University. He taught at Cambridge and Reading universities, and at the Courtauld Institute of Art in London, before moving to Oxford in 2011. He is a specialist in Roman art with a particular interest in the relationship between art traditions in different parts of the ancient world.

Katrina Kelly, the host of this podcast, studied Classics (Course IA) at Magdalen College from 2015-19 after being home-educated in Lytham St Annes on the Lancashire coast. Now a researcher at the Faculty, she hopes to help make Oxford Classics an ever more accessible, inclusive and exciting place to study and work. Katrina is also the Education Co-ordinator and Branches Officer for the Classical Association.
Things we mention

How can I get involved?

The Classical Association in Northern Ireland

Find a Link College (Each Oxford college is linked to a number of local authorities and each school is given a named contact within the University): 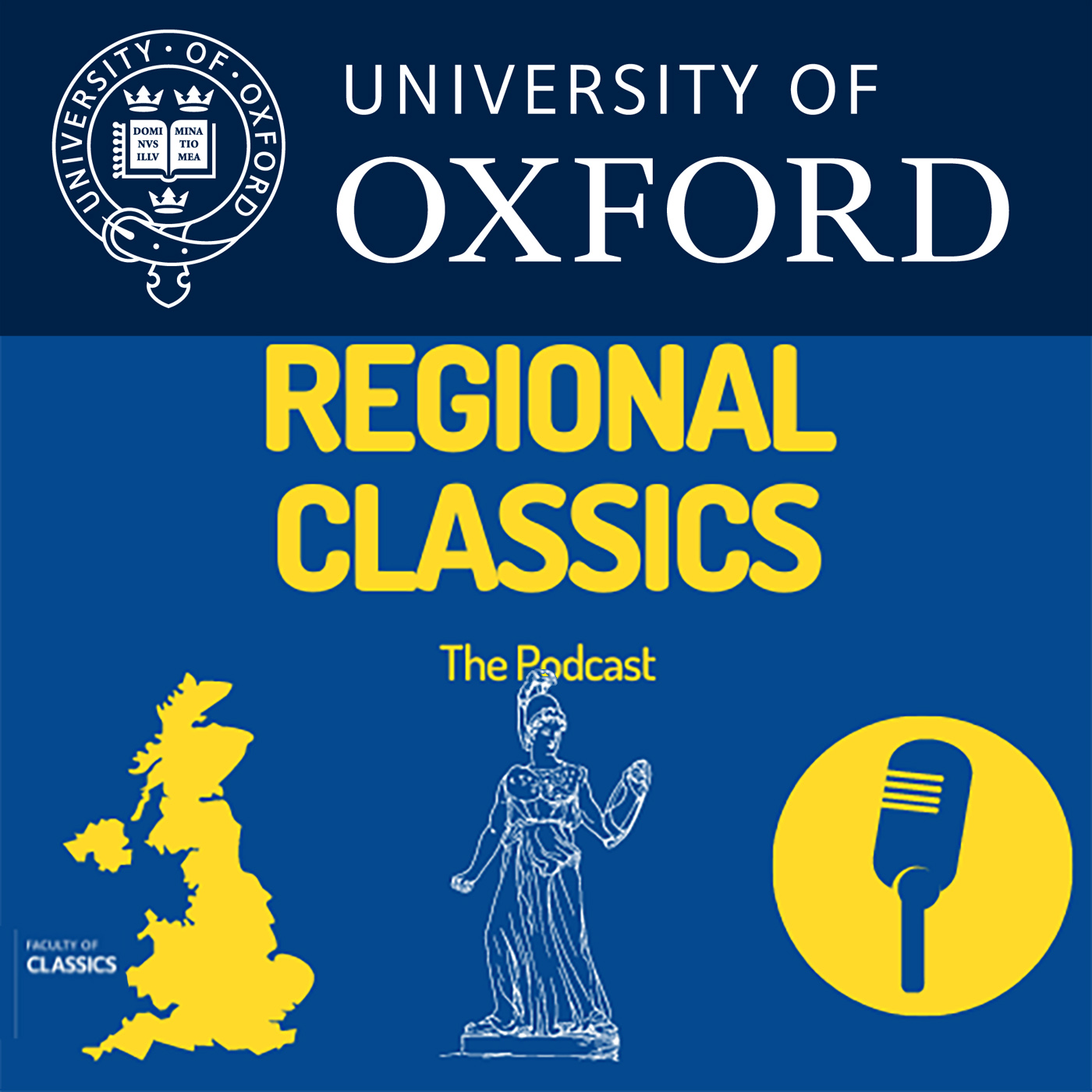 We talk about the Classics Admissions Test, growing up in Fife, Jess’ work with the Clydeside Project, things that get into a ‘fankle’ (Arlene explains all!), and how we’d love for more teachers to teach Classics in Scotland!
Next
Transcript Available