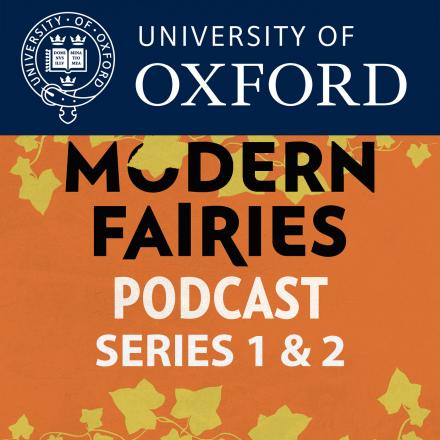 In Series One Carolyne Larrington and Fay Hield introduce the themes of traditional British tales about fairies with some readings and songs, the inspiration for their new creative project ‘Modern Fairies and Loathly Ladies’. Tales about the Other World, fairy lovers, fairies and children and helpful fairies, along with the monstrous females who must be disenchanted by the hero are the themes of the five episodes. In Series Two Carolyne and Fay discuss the creative works that the project generated, exploring the themes that particularly inspired the artists and the new themes that they evolved for themselves. The five new episodes introduce the project and its artists, and then explore ideas of fairyland as an alternative time and space, fairies and children, fairies and the environment and fairy and other magical transformations.

Modern Fairies is a unique collaboration between leading songwriters, musicians, artists, poets, filmmakers and researchers to develop exciting new work, presenting fresh perspectives on what folklore means to us in the modern world.