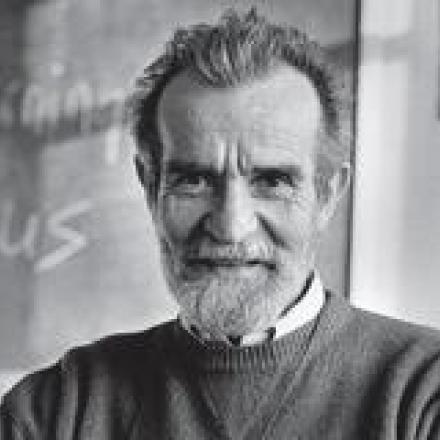 Athol Fugard was the first Humanitas Visiting Professor in Drama. Author of over thirty plays, he is an internationally acclaimed South African playwright whose best-known work deals with the political and social upheaval of the apartheid system in South Africa. He has been working in theatre as a playwright, director and actor since the mid-fifties in South Africa, England, and the United States. His plays include The Island, Sizwe Banzi, Master Harold and the Boys, Boesman and Lena, The Road to Mecca and The Train Driver which premiered at The Fugard Theatre in Cape Town.
"I am deeply grateful to Oxford University and Eric Abraham for this timely and wonderful invitation to launch the Humanitas Professorships at Oxford University. It comes at a time when I have increasingly felt the need to reckon with and map out the fifty-years of playwriting that lie behind me. I will use my time in Oxford to do precisely that." – Athol Fugard