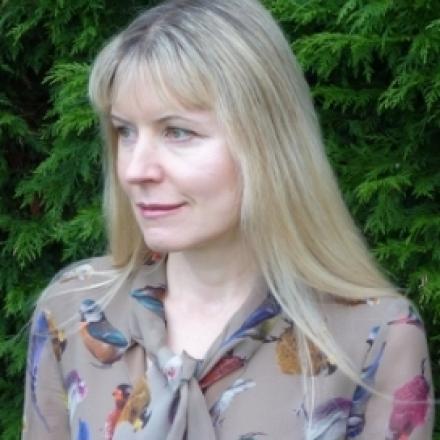 Dr Elizabeth Solopova's research focuses on the Wycliffite Bible, the first complete translation of the Bible into English, which survives in 250 manuscripts, in spite of being banned from circulation within 20 years of its appearance. Her investigation looks at a wide range of details in the manuscripts’ production, ownership and use, from which answers should emerge about how far a predetermined plan involving almost professional ‘mass-production’ lies behind the copies, and what their early history can tell us about contemporary religious, academic and political culture.
Dr Solopova is collaborating with historical geographers in my research on medieval maps. Her recent work has focused on the 14th-century Gough map of Great Britain in the Bodleian Library and the tradition of medieval map-making it represents. The Gough map, the earliest surviving map to show the island of Britain in a geographically recognizable form, was a major influence on English cartography in the 15th and 16th centuries. Its place of production and authorship remain unknown, and there is a continuing debate about its purpose, audience, political and ideological significance. My research focuses on the historical context of the map's production; palaeographical and linguistic aspects of the text; and the methods of editing medieval maps for a scholarly audience.
She is also pursuing research on the poetic form of Old English verse. This line of enquiry focuses on the metrically and poetically significant aspects of its phonology, grammar, syntax, vocabulary and phraseology. She is particularly interested in investigating the Germanic background of Old English verse, and how its form was shaped by the linguistic and cultural circumstances of its creation and circulation.

The Bodleian Libraries at the University of Oxford is the largest university library sy...
Displaying 1 - 5 of 5 episodes