Centenary celebration of the first modern Spanish endowment at Oxford 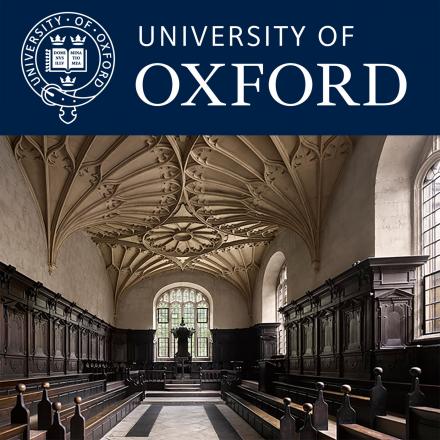 This podcast series celebrates the centenary of the de Osma Studentship, founded in 1920 by Guillermo de Osma, the first Spaniard to graduate from Oxford after the Universities Tests Act in 1871 opened the ancient universities of England to non-Anglicans. The studentship was from its creation open to both men and women, which was most unusual at the time, and continues to be under the exclusive remit of the Vice-Chancellor of the University of Oxford. On the anniversary of Osma’s death, 7 February 2020, Spanish Studies at Oxford organized the de Osma Centenary, held at the Bodleian Libraries, which brought together de Osma Students from across countries and generations.

Known in his time as a diplomat, politician, art collector and scholar, Osma was the first president of the Board of Trustees of the Alhambra, served as Spain’s Minister of Finance and president of the Council of State, and founded the Instituto Valencia de Don Juan (IVDJ) in Madrid, a research centre and cultural treasure trove housed in his former home and showcasing items from his art collection. Yet, despite his active role in Spanish public and cultural life, his unique links with Oxford and his contribution to twentieth-century British–Spanish relations, today, Osma is a little-known figure that deserves renewed recognition.